Trying To Decide Which Sperm Bank/Egg Clinic To Use?

Selecting a sperm bank or egg clinic can be overwhelming and stressful. The information on this page can help guide your decision. This information isn't intended to scare anyone; we just want to inform parents about what so many others wish they had known when making the decisions that would affect their children for decades to come. 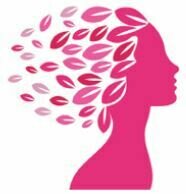 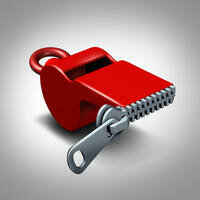 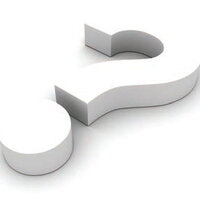 Questions to Ask Your Sperm Bank/Clinic/Facility

Before you choose your sperm bank, you should consider whether the bank offers "open" or "willing-to-be-known" donors. We have learned over the years that many donor-conceived kids do become very curious and want to know about the missing half of their genetic and medical background. The DSR has conducted and published quite a bit of research on this issue, which you can read on our DSR Research page. Many parents with older children would have chosen open donors if given the choice. Many of those parents wish they had looked farther into the future, beyond pregnancy and motherhood, and considered what their older children might need and ask for someday. Additionally, DNA testing has made truly "anonymous" donors a thing of the past.

Even if you choose an "open" donor, there are no guarantees. Read our white paper: The Ambiguity of Open Gamete Donation for everything you need to know about "open" donation.

Some of the larger sperm banks are attentive in the pre-pregnancy stage but offer no post-pregnancy or donor-child support. Many do not update important medical information on donors. Some simply do not return phone calls or emails.

The problem is that sperm banks don't have accurate records of the children born from any given donor. No sperm banks update or share medical information among families, and none adequately educate or counsel their donors. Ask the bank you decide to use about these issues. Ask them how you can be sure that the donor you choose doesn't already have 33 kids out there and that 12 of them haven't been diagnosed with ADD, ADHD, Autism, or Tourettes. Because medical issues like these are not life-threatening, the medical information is not shared.

If medical situations arise in the future, most families don't have the opportunity to learn about this type of information — because an estimated 20%-40% of women never report their live births to their sperm bank, and donors are never again asked to update their medical info. (Their medical form is a snapshot of one day in the life of a healthy college kid who doesn't always report accurately about family history.)

Some people are now narrowing down the donors they choose by contacting the families posted on the DSR. That way they can connect with the families who already have children from their donor, see pictures, and learn about any health issues.

Parents should be aware of the lawsuits brought against California Cryobank and their partners, NW Cryobank and Manhattan Cryobank:

September 2019: Class Action Complaint filed against California Cryobank for conversion of and tortious interference with donor sperm from Manhattan Cryobank
August 2002: Lawsuit against California Cryobank: Petitioners Diane L. Johnson (Diane) and Ronald G. Johnson (Ronald) (the Johnsons), along with their minor daughter Brittany L. Johnson (Brittany), filed an action against real party in interest, California Cryobank, Inc. (Cryobank), and its employees, officers and directors, real parties in interest Charles A. Sims, M.D., and Cappy M. Rothman, M.D., alleging real parties failed to disclose that the sperm they sold to the Johnsons came from a donor with a history of kidney disease called Autosomal Dominant Polycystic Kidney Disease (ADPKD). That sperm was used to conceive Brittany who has been diagnosed to have this serious kidney disease. 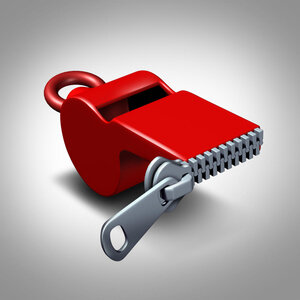 First I would like to say that I commend you for having the courage to do what you think is right. I've been debating if I should send this email or not but I've decided that this is the right thing to do and someone, especially customers, need to know what really goes on in that place.

You were the topic of many team meetings and they hate what you're doing. They feel as if you are purposely sabotaging their company, but we need more people like you in the world.

I can't tell you how many complaints I've taken on behalf of a patient for below-standard sperm counts or sperm that contained E. Coli or an unidentifiable mass. Of course, the media will never hear any of this because they try to cover their asses with that crap on the website. And once a patient filed a complaint we were instructed to give them the run-around because the Director never does her job adequately. I bet half the customers don't even know that the Director of the bank, C**, works from home and has access to thousands of patients' credit card and health information; talk about violating HIPAA.

Do you know how they screen donor medical information? They just ask the donor the same question over a period of time hoping to get the same answer. They never verify ANY family medical history, it's all based on word of mouth. Now that's RIDICULOUS!!!!! A donor could not have known his grandmother had lung cancer and the cryobank never EVER does any research.

The facility is kept filthy and I mean FILTHY. And this is a place where sperm is kept??? Thank goodness for microscopes. This institution is nothing but lazy people looking to make a quick buck off of these emotionally drained women. They are so unorganized it's a shame. An audit by the FDA is long overdue. Some customers would call to place orders out of inventory and we couldn't find their charts so we had to lie or leave them on hold for 20 minutes and say we will call them back and NEVER do.

Another incident, a rep there overcharged a patient by $210 and when another rep brought it to the attention of the supervisor, she instructed her not to worry about it unless the patient calls back because she didn't feel like processing a refund. That's STEALING!!!! And in this economy, people can't afford to just give away money.

This is the WORST place that I have ever worked for. I would NEVER refer anyone to purchase SPERM from this place because your child may be born with a cleft palate, autism, deafness, or other medical issues that go unreported; but of course that will never be in the news.

Questions to Ask Your Sperm Bank/Clinic/Facility 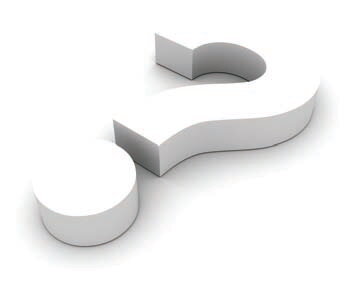 Your relationship with your sperm bank/clinic/facility is likely to continue for many years, or even decades, especially if medical issues arise. Because of the many sperm bank complaints that we have received over the past 22 years, we have compiled a list of questions that you should pose to your current or potential sperm bank.

Although there are some sperm banks that have accumulated a disproportionate number of complaints, you should inquire to all sperm banks about the following policies, and request that they respond in writing. If they refuse, that might be an indication that you should consider using another sperm bank.

Below are comprehensive listings of Donor Sibling Registry members' personal sperm bank experiences gathered from our Facebook page, old Yahoo message group, and personal email messages. It's easier to research specific sperm banks when you can actually see comments from people who have had positive or negative experiences with them. Sperm bank websites are marketing materials, and they may not reflect actual practice. Please note: Per the User Policy, this is copyrighted material and may not be reproduced elsewhere.

California Cryobank (CCB)
December 2019: Lawsuit against California Cryobank/NW Cryobank: "The acts of NW Cryobank have resulted in one individual who did not want to be a sperm donor having at least one child conceived by artificial insemination. Worse still, NW Cryobank cannot determine how many others were provided sperm from Branzell, or continue to be provided his sperm. Branzell chose not to become a sperm donor because he did not want children he had no relationship with. It has now been confirmed that Branzell is the genetic father of a child he has never met. Branzell is now haunted by what he does not know, specifically how many other mistakes NW Cryobank made, and how many other children were or will be conceived with his sperm."
September 2019: Class Action Complaint filed against California Cryobank for conversion of and tortious interference with donor sperm from Manhattan Cryobank
February 2017: Mother worries about sperm donor's medical history
CCB's Client Agreement: (CCB is partnered with Northwest Cryobank and Manhattan Cryobank) "Client agrees that Client will not, directly or indirectly, through a third party, make any attempt to contact a donor. Client acknowledges that Client has no right to learn the identity of a donor and that Cryobank will not disclose any identifying information regarding a donor. Any donor contact must be facilitated by Cryobank per the Anonymous and Open Donor Contact policies."

Cryogam (Notes from an interview with the director)

Fairfax (Genetics & IVF)
User Agreement (for Fairfax/CLI/PRS): "What Client Agrees To Do: 3.1. Donor Anonymity. Client agrees to use the information Cryobank provides about donors, including photographs, exclusively for the purpose of selecting a donor, and not to share, distribute or otherwise make any such information or images available in any manner, or through any medium (including without limitation email, social media or internet feeds), to any third party. Client will not seek a donor’s identity. If Cryobank discovers that Client has made attempts to discover a donor’s identity, Cryobank will pursue any and all appropriate action to protect itself, its donors, and their other offspring."

The Sperm Bank of California
October 2019 "Warning Letter" from the FDA to TSBC.

Xytex: Xytex isn’t accredited by the Better Business Bureau but they do have a label promoting the accreditation on their website. From the BBB website: "This Business Is Not BBB Accredited - Xytex Cryo International, Ltd."
April 3, 2015: The Atlanta Journal-Constitution: Couple sues Georgia sperm bank, claims donor wasn’t as advertised. A Canadian couple is suing a Georgia sperm bank [Xytex], saying that the donor the company provided for them turned out to be a schizophrenic who has a criminal record and whose photo was doctored to make him look more attractive.
April 7, 2015: Toronto Star: Sperm donor shortage forces Canadians to look to U.S.
April 9, 2015: Toronto Star: U.S. sperm bank admits it doesn't verify donor information (See the DSRs Industry Issues and Medical Issues pages for more articles on this case)
February 2017: Unethical Practice by Xytex Leads to Disaster; UPDATE: Tanks did not cause chemical leak at Xytex, investigators say
May 2020: GA Supreme Court Justices get heated in sperm bank case