The DSR has published a number of booklets and brochures over the years. 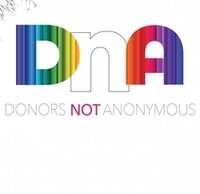 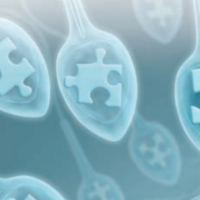 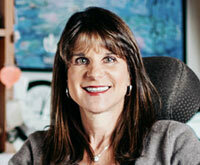 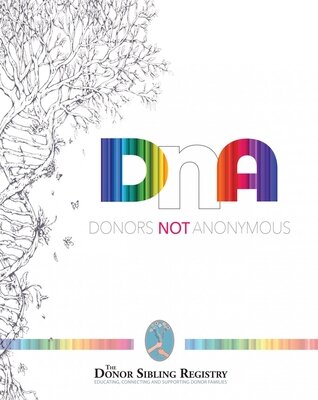 "I wanted to thank you, tremendously, for making this information available. My team is sharing your booklet with all our donor applicants and I’ve forwarded to our five physicians and our eight nurse coordinators — AND boldly sending to our Intended Parents. I am also asking my program manager, who handles donor interviews and oversees our database, to email your booklet to all donor applicants — they need to read BEFORE they continue with the process. It’s perfect that you’ve created a PDF that is easily forwarded. Thank you for always fighting the good fight." —Jenna Lake, San Diego Fertility Center 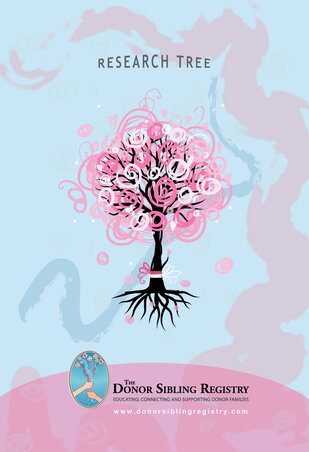 While we feel that it’s extremely important that all stakeholders are properly educated before (and after) donation/pregnancy, we realize that not everyone is interested in reading a stack of academic articles on the subject. Additionally, those who provide counseling services to the stakeholders and those thinking critically about the issues with regard to setting policy might have fallen behind on the latest research. This is why we put together the Donor Sibling Registry's Research Tree booklet — a summary of some of our peer-reviewed/published research papers. It’s the "CliffsNotes" of DSR research, studying all those in the donor family: the parents (biological and non-biological) of egg and sperm donor children, the egg and sperm donors, the offspring, and even the parents of people who have donated (the "donor grandparents"). Enjoy! 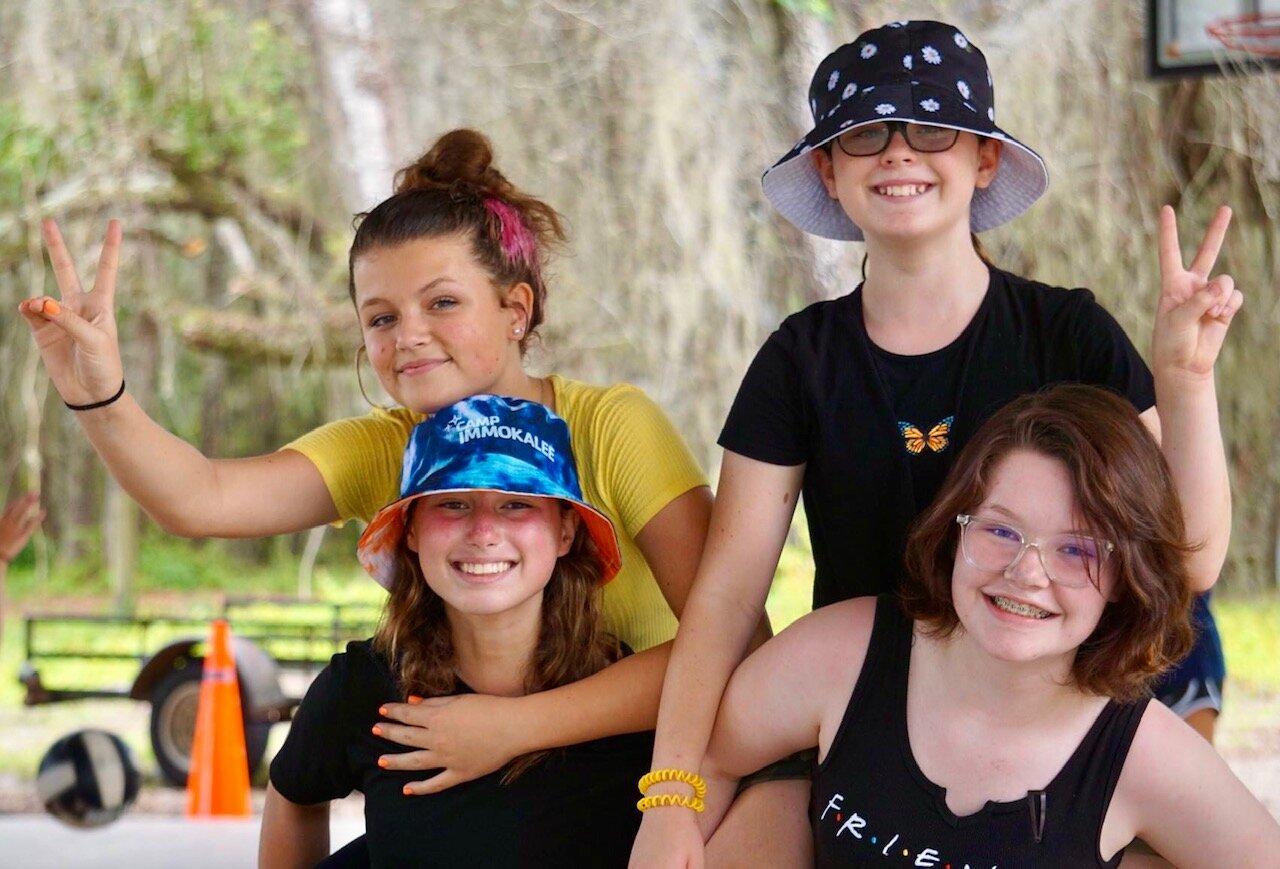 This interactive pdf booklet is a chronological full-text listing of our published research articles, co-authored with esteemed social scientists, researchers, physicians, academics, and academic institutions. The articles are listed chronologically with the most recently published article listed first.

10 Things Your Doctor, Clinic, or Sperm Bank Won't Tell You

The Ambiguity of "Open" Sperm Donation

There is overwhelming evidence and therefore good reason to question, doubt, and challenge the way that sperm banks present, promise, and follow through with their "open donor" policies.

Many thousands of donor-conceived people (DCP) have grown up thinking that they’ll get to know their biological father when they’re 18. But, for many years we’ve been hearing from families who purchased non-anonymous sperm, only to find out later on that this is not the case.

While there have been many happy connections made between adult DCP and their biological fathers via the sperm banks, all too often sperm banks:

*  Don’t respond to calls or requests from DCP or never follow-up;

*  Claim that donors can’t be found (sometimes this is just not the truth);

*  Claim that the donor has refused contact (sometimes this is just not the truth);

*  Claim that a donor is anonymous-forever, even though the donor signed up to be an open donor or had no choice and has since made it clear to the sperm bank that he is open to contact.

*  Refuse to give donors their own donor number.

Huffington Post closed down its contributor platform in January 2018. Here are Wendy's contributions from 2015-2017. These articles explore the donor-conception industry and the families it creates. 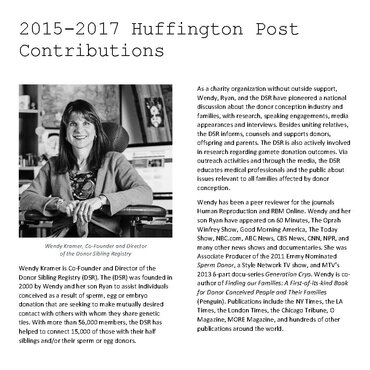