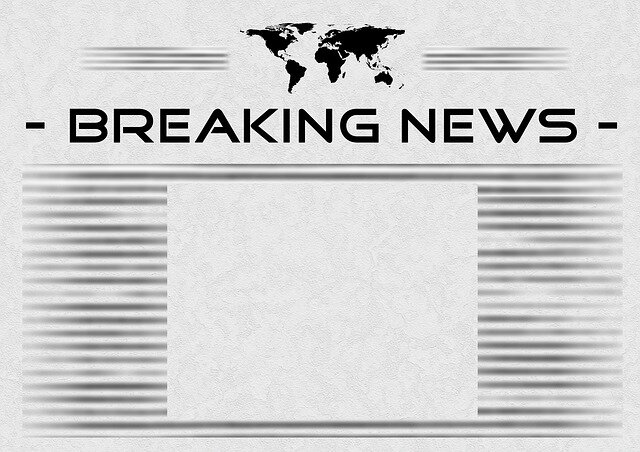 New podcast: Starting the Donor Sibling Registry and the Family We Gained Along the Way. Featuring Wendy Kramer

Today we had the incredible experience of meeting Wendy Kramer, the Co-Founder and Director of the Donor Sibling Registry. Wendy shares her personal journey to becoming a single parent to her donor-conceived son, Ryan, and why they decided to found the DSR together in 2000.  Wendy explains how the Registry works (it’s so easy!) and the importance of ensuring that donors and parents have access to one another. SHE reminds us that there is no such thing as anonymity so honesty and openness with our children are always best. Have a listen, reach out with questions, and stay tuned for many more webinars to come featuring Wendy and her family!

New documentary: The culminating product of First Colonial's Legal Studies Academy senior project of Cam Dunkerly. This documentary highlights the lack of regulation and legislation in the anonymous sperm donation industry. We hear from Cam's siblings and his donor. Featuring an interview with The Donor Sibling Registry founder Wendy Kramer!

In May of 2020, Laura and Dave Gunner received the worst news parents can get: their son, Steven, had died of an accidental opioid overdose. He was 27. While the Gunners were devastated, as you can imagine, they had little idea that more heartbreak was on the way.

After Steven’s death, the Gunners activated an account at the Donor Sibling Registry, a non-profit that connects sperm and egg donors with donor-conceived individuals and families. Since Steven was conceived with donated sperm from Fairfax Cryobank’s donor 1558 and his mother’s egg, they hoped they might catch a glimpse of him in some of his donor siblings. They also felt an obligation to inform other parents and donor siblings that Steven, whom they loved with all their heart, had suffered from schizophrenia. As such, he was prone to addictions and erratic behavior and had been hospitalized on numerous occasions for mental health emergencies.

I Used a Sperm Donor. Should I Introduce My Daughter to Her Half Siblings?

The NY Times ethicist advises a mom of a donor-conceived child who is struggling with the idea of allowing her daughter to grow up knowing her half-siblings. From the mom:
"It feels like an invasion of privacy to share her information with the donor half siblings’ families (or others), even if these sites are private and seem an unlikely hacking target. But it’s hard to know at what age I should consider her “competent” to decide for herself about making contact. Furthermore, I imagine that it would be much easier to normalize the unusual situation of having so many biological half-siblings with whom she has no other familial connection if she grows up knowing at least some of them as actual people, even if solely via photos, emails, and video chats. While I would probably benefit from connecting with the other donor families, many of whom are also single mothers by choice, my primary concern is what’s best for my daughter. What are the ethical considerations of sharing her identity and some personal information with “strangers” who are also the families of her genetic “relatives” before she can have a say?"

Columbus woman discovers she has dozens of half-siblings

McKenzie Cooper remembers being roughly 12 years old and sitting atop the school monkey bars, as the ‘cool kids’ did, and explaining how artificial insemination works.

But it wasn’t until high school when her journey of sibling discovery truly began. After an Oprah episode, she says her mom signed her up for the Donor Sibling Registry, and soon after, she found her first two half-siblings.

“You’re playing Russian roulette with this,” says Cassandra Bach, a fertility coach and mother of a donor-conceived child. When she decided to get pregnant on her own via a sperm bank donor in 2010, she was told that sperm from the donor she chose wouldn’t be given to more than 40 families. But when her daughter was 2 years old, Bach joined the Donor Sibling Registry (DSR), a nonprofit that helps connect donor-conceived people with biological relatives (many parents join so there’s no chance of their child dating an unknown half-sibling). Over time, she discovered her daughter had 114 half-siblings spanning four countries on three continents. “The sperm bank was tracking siblings via self-reporting, and not everyone reports when they’ve had a child,” says Bach.

These are the reasons the industry needs massive reform, says Wendy Kramer, director and cofounder of DSR. Many parents of donor-conceived children are pushing for mandatory background checks on donors, as well as mandatory reporting about where else they’re donating and accurate tracking of the number of children created by donors. Clinics “need to enforce reporting from donors if their health history has changed,” says Kramer. “Many of the people who donate to these banks are 19-year-old kids, so you’re getting a snapshot of one day in the life of a healthy young person. His father could die of a heart attack the next year, or he could develop cancer later in life, and you wouldn’t know.” She’s been pushing for change for years now, but progress has been slow. “The thing is, it costs money to keep accurate records and to do proper vetting,” says Kramer.

One long-touted pro of using a sperm bank was the promise of donor anonymity. But the idea isn’t realistic anymore with at-home DNA testing kits, and, some experts argue, total anonymity is harmful for donor-conceived people anyway. In fact, 94 percent of donor-conceived people strongly support the option to access info about how many siblings they have and the identity of their donor, and 99 percent want details about the medical history of their donor, per a recent survey. “Kids will ideally find out they are donor-conceived early in life, or they will find out later through a DNA test or family member,” says Kramer. “Either way, they’ll have questions and may want to make contact, and all parties should understand and be open to that.”

Letter to the Editor from DSR Board Member Molly McCafferty

As a donor-conceived person, I particularly relate to Mr. Inskeep’s point that he was never able to tell a doctor his family medical history when asked. Donor-conceived persons in the United States have no way to obtain comprehensive information about their genetic background, and when they are given information it is only as accurate as the donors themselves were when providing the information.

Donor anonymity and a lack of comprehensive and accurate record-keeping have deprived donor-conceived people of access to their identifying information for too long. We need to do better for adoptees and the donor-conceived communities. Thank you, Mr. Inskeep, for shedding light on this important issue.

Molly McCafferty
Orinda, Calif.
The writer serves on the board of directors of the Donor Sibling Registry, a nonprofit organization that connects and supports donor families.

This week Kallie sits down with Wendy Kramer, Co-Founder and Director of the Donor Sibling Registry (DSR), a network of over 72,000 members worldwide, united by their shared experience as individuals conceived as a result of egg, sperm, or embryo donation and their mutual desire to be connected with others who share their genetic ties.

Wendy launched the DSR in an effort to help bridge some of the ancestral gaps for her own son Ryan, who was conceived via sperm donation. A prolific speaker and writer, Wendy is a tireless advocate for the donor-conceived community and a strong proponent of regulations that prioritize the needs of the children born of third-party reproductive arrangements.

America’s love of free markets extends to its fertility clinics. Thanks to an absence of regulation, America is a notable exporter of human sperm

Besides health concerns, there is another important reason for limiting donor’s fecundity. The children of sperm and egg donors, like those who are adopted, often want to trace their blood relations. But it is difficult to forge strong relationships when vast numbers of children are involved. Wendy Kramer of the Donor Sibling Registry, which helps connect members of donor families, says this is an example of how the contract between clinics and would-be parents has ignored the interests of the children it produces. She established the group in 2000 when her then ten-year-old son, conceived using donor sperm, became curious about his wider family. Last month he learned of the existence of two new half-siblings, bringing the tally to 22. Ms Kramer had been told her sperm donor would father no more than ten children, a limit she considers sensible.

Three families, one sperm donor: the day we met our daughter’s sisters

Every year, in the UK, about 2,700 people have treatment with the help of a donor, according to the Human Fertilisation and Embryology Authority. And yet the UK’s Donor Conception Network (DCN), the UK’s main support organisation, says it has known only “a handful” of cases where British families are in contact from early in the child’s life. The 70,000 members of the Donor Sibling Registry come from 135 countries, and include about 1,000 UK families. “We created the DSR so parents, donors and offspring could make mutual consent contact,” says founder Wendy Kramer, herself the mother of a donor-conceived son. “And there are many good reasons – medical and psychological – to connect while children are young.” Sperm banks, Kramer says, can’t be relied on to notify recipient families about medical issues, which could be vital information for offspring. She adds: “It’s also an innate human desire to want to know where and who we come from; it helps with identity formation.”

The Case of the Serial Sperm Donor

One man, hundreds of children, and a burning question: Why?

The boy who went looking for his sperm donor dad – and got one heck of a BIG surprise: He had 25 brothers and sisters

A boy tracked down his sperm donor and I was hooked

They Grew Up Believing They Were Half Brothers From The Same Sperm Donor. A DNA Test Revealed The Truth.

The Scoop on Using Donors

Toronto teen finds out she has more than 30 half-siblings

Does sharing a sperm donor make us family?

Inside the Secret Sisterhood of Women Who Share a Sperm Donor

My mom found a sperm donor. 16 years later, he accidentally found us.

A modern family: 20-plus sperm donor siblings find each other

There's No Such Thing As Anonymous Sperm Donation

Danielle Rizzo’s donor-conceived sons both have autism. Should someone be held responsible?

The Man With 17 Kids (And Counting)

May: Podcast with Ryan & Wendy Kramer

Family: Where YOU Come From

It's a Wild Ride

Interview with Wendy Kramer (at 1:15)

Multibillion-dollar industry with almost no oversight

A Georgia Sperm Bank and the Secretive Business of Babymaking

Is Sperm and Egg Donation Ever Truly Anonymous?